Using A hacked Software ? look before you leap

I just posted an article why I love original tally to use and I found some interesting response from some of my readers which reveals that there is mass unawareness in the public and people are not aware the benefits of using an original software and so they work with inferior quality goods/services.

Piracy is a global Issue however India is the softest target for hacked software users and developers.

The cause of high level of piracy rate in India is mainly due to public unawareness. People are not aware that using a hacked software is a legal crime, an anti moral action and one should not use the same. It is like an act of theft. Further to above, people are even not sure the immense benefits they can avail as a genuine customer. They are just misguided by some criminals who sells cracked software.

There are stringent provision in Indian Cyber laws against using, selling or distributing hacked or cracked software.If you are going to use any such pirated software then check the below provisions before you get impression or heavy fine just to save some 2-3 k bucks.

Under Indian law, a copyright holder is entitled to the remedies of injunction,
damages and account of profits against an infringer. A sub-inspector of police,
who is convinced of the infringement or possible infringement of the copyright,
can seize all copies of the work and materials used to make the infringing copies,
without warrant, and produce them before a magistrate.
If a person knowingly and for gain, or in the course of trade or business, infringes
or abets in the infringement of the copyright in any work or other right conferred
by Indian copyright law, he is liable to be imprisoned for a term between six
months to three years and to pay a fine between Rs. 50,000 (US$1037) and Rs.
200,000 (US$4150). Where an offender uses an infringing copy of a computer
program on a computer, he is liable to be punished with imprisonment from seven
days up to a maximum of three years and a fine between Rs. 50,000 (US$1037)
and Rs. 200,000 (US$4150). If the offender in the above cases proves that the
infringement was not for gain or in the course of trade or business, the court may
not impose imprisonment but can impose a fine up to Rs. 50,000 (US$1037).
Further, if a person knowingly makes or possesses plates to make infringing
copies, or publishes a sound recording or video film without the required
particulars, he can be fined and imprisoned for a period up to two years.

Here in this context, I really appreciate the stands adopted by the Genuine major software maker to bring down the

piracy rate in India.  Anti-piracy education and enforcement campaigns spearheaded by the software industry, governments and law enforcement agencies have made commendable progress in bringing down piracy rates.

No support from the make of the software company is available

If held by the anti piracy enforcement agency then the user is liable to imprisonment and a heavy fine.

In 2006, In Microsoft V/s others, one dealer of such pirated software was fined up to Rs 20 lacs  by the H’ble Delhi High court. User as well as seller and distributor are equally liable for using such hacked software. The enforcement agency have power to seize all computer systems using a hacked software.

So, I will advice you always insist to use for an original software only to work on a computer. If you believes lthat using a hacked software is much easier and convinient then an orginal software, then I would recommend you not to use any software. Its better to work manually or without a software rather then doing some illegal things.

Finally, one should always remember that ” Software Piracy only benefits Criminals”

Please post your query only at our support forum 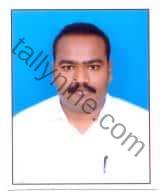 Dear Mahindra Sir, I want  thank you for the excellent support and training    I completed my graduation in commerce...

Registered for the Combo Course

Registered for the Combo Course

Dear Mahindra Sir, I want  thank you for the excellent support and training    I completed my graduation in commerce in 2002,  in last 10 year worked  as operations manager in different sector (not related to accounts and tally).  Due to my personal interest, have been decided to move to accountancy. And joined in tally course in well known institute but after 7 days, I didn’t go to that institute, why because there is no use, it is only for certification not for professional.  Immediately I approached to you. With in 15 days  now I am able to maintain company accounts with confidence because of you. It couldn’t possible with out you and your tally nine.  I know how busy you are, so I really appreciated the time you spent with me.  This course was the only thing standing between me and my work. Your perspective and encouragement mean a great deal to me.  Thank you for all the you ‘ve  done.
https://tallynine.com/testimonials/excellent-course-and-best-support/ 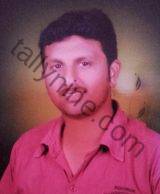 coding knowledge is not required to study TDL Codes

Dear Sir..,   I am Harish J .., Business Owner .., After GST Implementation i am searching to enrich my Business Platforms.. Just i am Planning study the TDL Codes by online .., First i am hesitated to join the TDL Course because  with out any  coding knowledge and programming knowledge  how to study it and how to understand it and how i am preparing well.,, after i joined this course all my hindrances are washed out by the Mahendra sir.., Training approach ^ methods , now i am ensure the TDL and Tally Behavior.., i understand ,during his Training videos Tally's Behavior  is essential for TDL codes writing..,after joining 3 months ( basis of my knowledge) i will write own codes and start selling to my clients some simple projects like .., credit module.., size wise stock report with filter options., customized invoices , DC, ..etc.., once again i have to emphasis that ., coding knowledge is not required to study TDL Codes . for read & Write and i am saying some key points to develop TDL knowledge is only LEARNING ., Thank you ., I once again to Mahendra Sir.., for offering to learn this course.,
https://tallynine.com/testimonials/coding-knowledge-is-not-required-to-study-tdl-codes/

I am Rajesh Jakka, i am a chartered accountant as well as a post graduate in Finance and i have...
Drushtant Infoweb Pvt. Ltd.
2018-11-20T12:37:06+05:30
I am Rajesh Jakka, i am a chartered accountant as well as a post graduate in Finance and i have worked for big organization like Karvy stock broking ltd and Coromandel cements etc., but where ever  i worked there I had to work on bundles and bunch of data and its compilation to get the audit report very particular, but my compilation data normally in numbers since i am an auditor and chief of accounts & finance, hence i learned ms Excel and its macro programming to get my result from the data, but ms excel also has its own limitations and with those limitations i was forced to work hard. The Tally software had been used by those firms and it is very easy accounting software and which contains so many default reports but as per my requirement i need to export each and every report into the Excel and i needed to combine two or more reports in Excel and analyse the data, this kind of tedious job forced me to get the customization of tally report as per my requirement but there is a huge gap in demand and supply of tdl programmer, because i had to wait almost 3 months to get my customization, then i decided to learn tally tdl to get my report from Tally by customizing it by myself without waiting, I thought it eliminates the waiting time, saves money and i can get whatever i want from Tally then i googled to learn in TDL, there I found Mr. Rana who is supporting to learn tally TDL program who ever is interested and he is right, if any thing given as free of cost, the receiver doesn't know the value of the thing received, when we paid for that, at least we...
https://tallynine.com/testimonials/no-1-course-certified-by-a-ca/

This course saved my job as Tally Developer

I am Pushpa from Bangalore, Basically I am from a science background no idea about tally but joined  one of...

I am Pushpa from Bangalore, Basically I am from a science background no idea about tally but joined  one of a tally partner company as a tally developer when i joined i don't have any idea about customization, then i suffered to learn and thought to quit the job. but later we found a best TDL online coaching course that is Drushtant Infoweb Pvt,Ltd. Mahendra sir best guide and I am happy about your teaching and love to learn many more from you.
https://tallynine.com/testimonials/course-saved-job-tally-developer/

Only course to make us expert in TDL learning

I thought I could pick up TDL because I am a good programmer with experience in C/C++ and python. But...

I thought I could pick up TDL because I am a good programmer with experience in C/C++ and python. But even after 3 years of reading TDL on the internet and trying to follow Youtube videos, I could not do it because TDL is not like other programming languages. I finally struck Gold with Rana ji's course and realised that programmers don't have any advantages for learning TDL - it is actually better not to know any coding languages! His course is 100% practical, and he always makes sure he gives enough hints without giving full solutions so students try on their own. I have got so much confidence after taking this course and enjoying Rana Ji's teachings, both in support as well as in the videos. The videos and text lessons are very enjoyable to watch and learn, and his testing methodology is something I use extensively now. Those who complete this full course will become experts, mainly because of his teaching process. You can also read my full note on learning TDL online
https://tallynine.com/testimonials/only-course-to-make-us-expert-in-tdl-learning/
3
Drushtant Infoweb Pvt. Ltd.

Open a course unit to check your progress